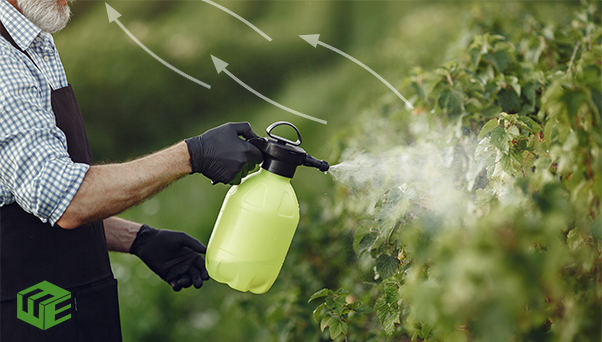 Paraquat is a liquid herbicide that is often used to control weeds and grass. The substance is incredibly toxic, therefore the US Environmental Protection Agency has classified it as a “restricted use” chemical. Under this classification, only licensed applicators are allowed to use it in treatments.

Paraquat can cause injuries

If the substance is ingested or otherwise consumed, internal injuries that are likely to occur include:

Multi-organ damage is also possible, which may lead to death.

Plaintiffs across the country are now alleging that paraquat also has neurotoxic effects that lead to the development of neurodegenerative diseases, like Parkinson’s. This litigation is is still in the early stages, but more plaintiffs are entering the fray every day. If you have developed a neurological disorder after being exposed to Paraquat, you may be qualified to file as well.

Qualifying for a Paraquat Lawsuit

Paraquat lawsuits are primarily focused on neurological diseases; primarily Parkinson’s. If you were diagnosed with this condition and the illness can be traced back to Paraquat use, you may have significant legal options. In addition to a diagnosis, you must also meet one of the following criteria:

Extensive exposure to Paraquat due to occupation

The most likely candidates to meet this condition are people who were exposed to Paraquat due to their occupation. This includes farmers and other agricultural workers, like herbicide applicators. When you contact a Paraquat lawsuit lawyer, they will likely request that you provide some documentation proving that you worked in an area that used Paraquat.

Significant Paraquat exposure due to residence

Others who may qualify are individuals who resided near an area where Paraquat was commonly used as a herbicide. Current evidence suggests that being within 1,600 feet of a farm that sprayed Paraquat may increase the risk of developing Parkinson’s by 75%. So, if you lived in a farming community that relied on Paraquat, you may be eligible to file a Paraquat lawsuit today.

You may have heard of class action lawsuits before; they generally have a reputation for moving very slowly and offering limited compensation and involvement for plaintiffs. Fortunately, Paraquat lawsuits are not class action. Instead, they are being litigated as multi-district litigation (MDL). While there are similarities, plaintiffs in MDLs have far greater ability to maintain their own lawsuit while remaining part of the larger litigation. This is not an option with class action lawsuits, as they prioritize the interests of the class rather than the individual.

Because Paraquat lawsuits are still in the early stages, giving a precise estimate of potential settlements is difficult. Though, we can consider recent outcomes in similar cases to develop a better idea of what level of compensation may be available.

Roundup litigation, which also involves a herbicide product, has recently resulted in plaintiffs receiving approximately $125,000 each. Paraquat lawsuits are expected to settle for similar amounts, though some plaintiffs may receive more or less than this estimated amount.

There are more than 800 plaintiffs currently participating in the Paraquat MDL, with around 150 joining the litigation every month. Join these plaintiffs by filing a claim with an attorney today.